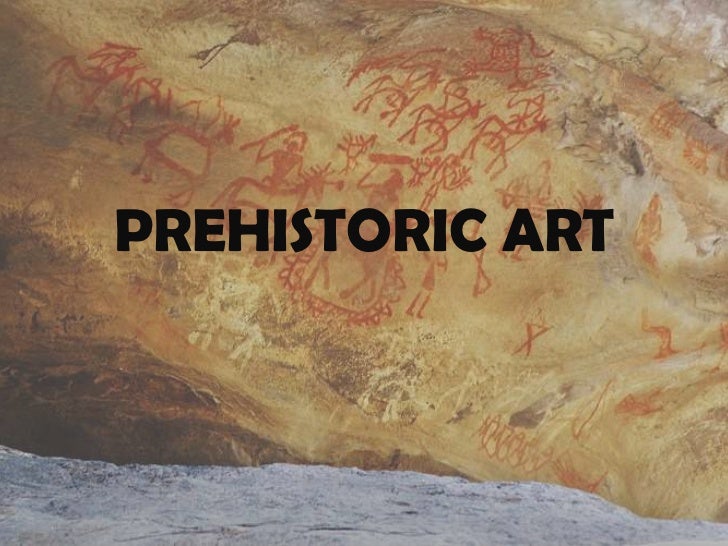 Man walked the earth for thousands or even millions of years before any record of artistic production appears. There is evidence of man's self-awareness, as seen in objects like a water-worn pebble that resembles a human face, which was found in Makapansgat, South Africa. This pebble was not carved by any human, but was picked-up and carried by someone--perhaps as a sign of early congnizance of man's place in the world. Following many migrations, as demonstrated by Stephen Oppenheimer and the Bradshaw Foundation as well as National Geographic's study on the human journey (also check out the extra content), we come to find that humans settled down as the climate allowed, and began developing higher thinking.

The very first images produced by man give us insight into who we were and are as human beings. They show how we developed mentally and how our instincts matured. Today we wonder man created images: what was their purpose, and what can they tell us about the ways man lived? These questions provide insight into our current lives as we may then compare our current thinking with our past to form a stronger understanding of what drives us as humans.

Before we begin discussing specific artifacts, we must first note that we will be looking back to two anthropological categorizations: the Palaeolithic man and the Neolithic man. During the palaeolithic era, humans adapted to their environments as they fashioned tools and became more adept at hunting and gathering. Small tribes became more common and early in this period we begin to find artifacts demonstrating creative energy. During the neolithic period, around 8000 BCE, humans begin to settle down, form agrarian civilizations, and develop monumental works of architecture requiring skilled labor and organization. Melinda Klein discusses the context in more detail in her video below:

This module will introduce you to the earliest artistic artifacts. After completing this module, you should be able to:

Though we focus on western art history in this class, it is interesting to note that we find many of the same themes mirrored in other early palaeolithic cultures scattered around the globe. We look closely at artifacts found in Europe, specifically the south of France, northern Spain, and Austria. This is where caves housed a number of paintings and the famous Venus of Willendorf was unearthed. The latter object is diminutive but powerful, and is the earliest known image of a sculpted human figure. The main themes that develop from this time are representation of animals and human figures as well as the possible beginnings of narrative and perhaps spirituality.

Please look to the following article from Smarthistory to further guide you through the Palaeolithic times: "Prehistoric Art: Palaeolithic Origins."

The neolithic era brought agricultural development and the rise of cities as humans began settling down, starting families, and stopped following the herds of animals they had hunted for generations. Instead, they began domesticating wildlife and demonstrated their power and success by constructing architectural monuments on a massive scale. Religion or spirituality also became important themes at this time.

Please look to the following article from Smarthistory to further guide you in the themes of the neolithic age: "The Neolithic Revolution."

The artworks from these time periods vary based on the types of animals depicted, but they look similar (which means their formal qualities were similar) mainly because they relied on materials at hand for their artistic endeavors and because they may have had the same psychological reasons for understanding representation. The images of man and animals from the palaeolithic era were created with a distinctive stylized form that might remind us of a child-like simplicity today.  In the neolithic era, we see initial methods of architectural production such as the post-and-lintel structures and the development of structures with functions such as defence in mind.